Former US President Donald Trump has officially launched his 2024 bid for the White House.

In a speech at his Mar-a-Lago estate in Florida on Tuesday, Trump said, “In order to make America great and glorious again, I’m tonight announcing my candidacy for president of the United States.”

Political watchers suggest Trump has timed his announcement to coincide with the final results of the midterm elections and once again gain the spotlight.

Others say he is attempting to remove focus from an ongoing FBI investigation that saw agents search his home for classified documents.

Meanwhile, some fellow Republicans are calling on Trump to take responsibility for midterm results that failed to meet widely held expectations of a red wave sweeping Congress.

Some Senate candidates he backed have already lost or are expected to lose closely contested races. 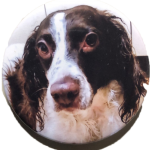